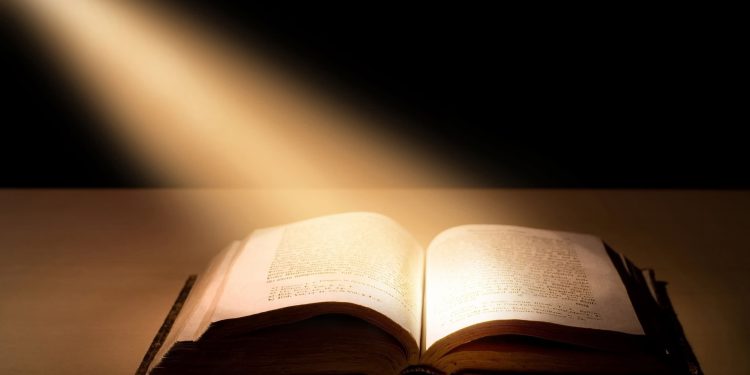 I am starting a new regular feature here at www.TimStaples.com that I will call, “Alleged Bible Contradictions.” Every so often, I will tackle another biblical text that some call “proof” that the Scriptures are not truly inspired and inerrant.

Are you ready for this?

The first comes from an alleged contradiction between Mark 15:25 contrasted with John 19:14-16. Both give us the time of Jesus’ crucifixion. Mark 15:25 declares:

And it was the third hour, when they crucified him.

Now it was the day of Preparation of the Passover; it was about the sixth hour. He said to the Jews, “Here is your King!” They cried out, “Away with him, away with him, crucify him!”… They he handed him over to them to be crucified.

So, which is it? Was he crucified at “the third hour” (9 o’clock according to the way Jews mark time, beginning from 6 am, rather than the Roman method that is the same as ours today that begins at midnight) as Mark says, or “the sixth hour” (noon) as John says? But most importantly for the skeptic, one or both of these two evangelists has to be in error.

The Catholic and Biblical Response:

Actually, the two versions of the crucifixion of our Lord do not contradict each other. And there are several ways scholars have attempted to tackle this problem over the years. First, it is argued, St. John was using “Roman time” while St. Mark was using “Hebrew time.” And just for the record, I don’t buy this theory. It just doesn’t work for reasons I will cite below. But this is how the theory goes. Romans counted time just as we do today beginning at midnight and moving forward, while the Jews count the hours of the day beginning at 6 am and moving forward. So “the sixth hour” for St. John, using Roman time, would represent 6 am, while “the third hour” for St. Mark represents 9 am. “The sixth hour” would represent noon, etc.

The biggest problem with this theory from my perspective is there is no corroborating evidence that St. John used Roman time. In fact, there is evidence that St. John actually used Hebrew time as we would expect. After all, he was Jewish! For example, in John 4:1-6 we find Jesus leaving “Ae’non near Sa’lim” (see John 3:23), where he and St. John the Baptist were baptizing. Ae’non was located “in Bethany beyond the Jordan” (see John 1:28) where St. John was baptizing because “there was much water there.” Now, it would have taken 5 to 6 hours for Jesus to walk from Ae’non in Judea to Sy’char in Samaria.  If “the sixth hour” represents 6 am, Jesus would have had to have left around midnight in order to make it there. That is very unlikely. It is much more reasonable to say Jesus would have left about 6 am and arrived exhausted from his trip around noon as John 4:6 says.

Moreover, as Craig Blomberg points out in his book, The Historicity and Reliability of the Gospels, pp. 227-229, if Jesus was “handed over to be crucified” by Pilate at 6 am, that means, as all of the synoptic Gospels make clear, he would have had to have been brought before the Sanhedrin, condemned, then brought before Pilate who at first refused to condemn him, so he sent him to Herod to be judged where he “was questioned at some length” (Luke 23:9), “treated… with contempt and mocked… clothed… in gorgeous apparel” to further humiliate him, and then sent back yet again to Pilate, where once again Pilate is reluctant to condemn him when the Jews brought all manner of accusations against Jesus in what amounted to another trial. Finally, Pilate washes his hands and “gave sentence that their demand should be granted” and Jesus is “delivered up to their will” (Luke 23:24-25).

Folks, that means all of this, if we just look at Luke’s Gospel beginning in Luke 22:66, had to have been accomplished in about 30 minutes because all of this occurred “when day came.” Day, at that time of year began at the earliest about 5:30 am. That would be physically impossible!

A second theory is more tenable. The claim is made that St. Mark’s “third hour” is the result of a copyist error. This is certainly possible, especially when we discover that Mark alone mentions Christ being crucified at “the third hour.” And remember, the Greek language uses letters for numbers as did Latin and Hebrew so this copyist error would have consisted in just getting one letter wrong. That is certainly possible. But I don’t buy that theory either because there is no manuscript evidence by way of differing manuscript saying different things. The manuscript evidence is overwhelming here. But it is still not impossible for it to have been a copyist error. Just very unlikely.

The third theory is the one that I believe is true. The Gospel writers, especially the synoptics, commonly referred to the time of day in three hour blocks of time. This makes sense when you remember they did not have watches back then! The time of day was usually given as a general time rather than a specific time one could note by glancing at his watch.

The bottom line here is this: It is highly unlikely that every one of these many events just happen to have happened precisely at these times. These are general blocks of time, folks!

With this understanding, we can easily reconcile Mark 15:25 and John 19:14-16. And remember this as well: St. John uses language that plainly says he is giving a general time of the multiple events he was describing. He says, “it was about the sixth hour” in John 19:14.

Thus, Jesus would have been crucified near the end of St. Mark’s “third hour,” which corresponds just fine with St. John’s “about noon.”

There are Real Zombies, Folks!

A Chance for True Healing in the ...