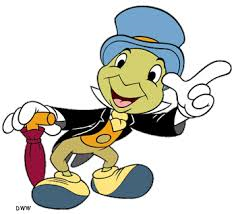 Catholic Answers published its now-famous “Voter’s Guide for Serious Catholics” back in 2004 (updated in 2006) that has now sold millions of copies with millions more having been distributed for free. In that document, for which Catholic Answers has taken a lot of flack by the way, we give guidance to Catholics in voting so that, quite frankly, Catholics will “vote like Catholics,” yet, we do much more than just that. We give instruction, in complete harmony with the teaching authority of the Church, as to the most important moral issues of our day that are politically in play. We called them “the Five Non-Negotiables” of Abortion, Euthanasia, Embryonic Stem-cell research, Human Cloning, and so-called Homosexual “Marriage.”

To put it simply: these are “deal-breakers” when it comes to the Catholic voting. These are matters definitively declared by the Church to be objectively and absolutely immoral. That is what we mean by “non-negotiable.” There is no legitimate debate–no “wiggle room”–on these issues. Now then, are these the only “non-negotiables” from a Catholic perspective? No, they are not! There are many non-negotiables we could speak of, and we mention a couple of them in our Voter’s Guide: “Genocide and Contraception” are specifically mentioned and I would add “pornography” and we could add many other “non-negotiables.”

In fact, in our most recent iteration we had to add “religious liberty” as another “non-negotiable” with the advent of the attack of the Obama Administration on our religious liberties of late. I am adding that to my list of “non-negotiables” in a future post. Stay posted! But these former three are “non-negotiables” in Catholic Moral Theology because they too are matters that are intrinsically and absolutely immoral, and gravely so. However, these three issues and more that we could talk about are really not in play politically generally speaking. Our big five are. Thus, we focused our attention on these five, “non-negotiables.” As I said before, I will be adding number six in this series of posts.

Are You a “Single Issue Voter?”

But wait a minute, Tim, some will say here. “Are you saying Catholics are single issue voters?” Well, no! I’m saying we are at least “six-issue voters!” I say that kind of tongue and cheek, but remember this: There are two things to consider here. First, these “six non-negotiables” we are going to talk about in detail are indeed deal-breakers, generally speaking, when it comes to Catholics voting, but we also must consider that Catholics, Christians, men and women of good will, ALL OF US, should be engaged in all the issues of the day. At least, as best we can. We should be knowledgeable on all of the issues that are in play, such as the economy, war, counter-terrorism, immigration policy and more—we should be deeply involved politically and leading the charge when it comes to these matters and more whether there is an election imminent or not. Remember folks: Public policy is never determined on election-day alone! Election-day is critical, to be sure, but even if the worst of politicians are elected, we still have a voice that can shape the agenda and impede evil legislation from ever being able to be passed on whatever the issue may be.

It is inevitable that whenever the topic of politics or anything that may be construed as “political” arises, you will hear words to the effect of—“What does the Church have to do with politics! You should stay out of politics!” To use my best theological language… HOGWASH! The Catechism of the Catholic Church makes clear that Catholics have an obligation to be involved in whatever capacity we can be in politics in paragraph 2246:

It is a part of the Church’s mission to pass moral judgments even in matters related to politics, whenever the fundamental rights of man or the salvation of souls requires it.

In each of these six non-negotiables, we have issues that involve both the salvation of souls and the fundamental rights of man. And very importantly, each of these matters represent points of the moral law definitively taught by the Church making these matters absolutely “black and white” and unchangeable where there is no “wiggle room” for Catholics. Catholics must not vote for any of these five non-negotiables, or for any politician who supports them.

This is a common misconception. According to CCC 1777, the Catholic Church teaches:

Conscience is like a built-in red flag that goes up whenever we find ourselves contemplating doing something that is wrong. Gaudium et Spes, the Pastoral Constitution on the Church in the Modern World, one of the 16 documents from Vatican II, adds this, in paragraph 16:

Deep within his conscience man discovers a law which he has not laid upon himself but which he must obey. Its voice, ever calling him to love and to do what is good and avoid evil, sounds in his heart at the right moment… For man has in his heart a law inscribed by God… His conscience is man’s most secret core and sanctuary. There he is alone with God whose voice echoes in his depths.

However, though all of us are ultimately bound to follow what CCC 1790 calls “the -certain judgment of his conscience,” our consciences, because of the reality of both original and personal sin that can cause us to become blinded to error and sin, as well as the fact that some of us have formed our consciences more completely than others, can become either mal-formed or simply suffer from ignorance concerning the various moral issues we face. CCC 1790 explains:

… it can happen that moral conscience remains in ignorance and makes erroneous judgments about acts to be performed or already committed.

Now, this ignorance can either be vincible or “invincible,” meaning one can either be culpable for this ignorance or not culpable. For example, if the ignorance was caused, as CCC 1791 says, “when a man takes little trouble to find out what is true and good, or when conscience is by degrees almost blinded through the habit of committing sin,” the Catechism says, “In such cases, the person is culpable for the evil he commits.” However, if the person is not responsible for his ignorance, CCC 1793 says, “the evil committed by the person cannot be imputed to him.”

Having said that, there are a couple crucial points to be made here: First, as CCC 1793 goes on to say, the evil committed even by someone who would not be culpable for it, “is no less an evil, a privation, a disorder. One must therefore work to correct the errors of moral conscience.”

And this is true for many reasons. First of all, ignorance is never “bliss;” ignorance is dangerous. Evils committed in ignorance cause enormous amounts of pain and it is so often true that evil begets more evil. Second, we can never know the culpability of anyone before God in a strict sense. God alone is the final judge of our inner motives. St. Paul said, in I Cor. 4:3-5 that he could not even judge himself, much less anyone else!

But with me it is a very small thing that I should be judged by you or by any human court. I do not even judge myself. I am not aware of anything against myself, but I am not thereby acquitted. It is the Lord who judges me. Therefore do not pronounce judgment before the time, before the Lord comes, who will bring to light the things now hidden in darkness and will disclose the purposes of the heart. Then every man will receive his commendation from God.

Thus, it is imperative that we work to eliminate error wherever we find it. Eternal souls may well be on the line at times, but the uprightness of the moral order is always at stake. Thus, we come to a very important point in this discussion. As human beings we have a responsibility to seek the truth of the matter whenever we are speaking of truths of faith and morals. All human beings are responsible to form their consciences as best they can in accordance with the moral law and to seek to know these truths. But we Catholics, in particular, have a greater responsibility because of the fact that we have an infallible guide in the Church by which we are obligated to form our consciences. CCC 1785 says it like this:

In the formation of conscience the Word of God is the light for our path; we must assimilate it in faith and prayer and put it into practice. We must also examine our conscience before the Lord’s cross. We are assisted by the gifts of the Holy Spirit, aided by the witness or advice of others and guided by the authoritative teaching of the Church.

A simple way to remember what we are talking about is this: If Jesus Christ, the Son of God came up to you and answered a question you had about whether a particular action was moral or immoral, would you say to him, “Oh, no, Jesus. I appreciate your opinion, but my conscience is telling me the opposite,” do you go with Jesus or with “your conscience.” If you said, “my conscience,” you don’t understand the nature of conscience. Our consciences must be formed by the teachings of Christ. And for Catholics, this would include the “authoritative teaching of the Church” as the CCC said because that is Jesus speaking to us through the Church.

If you enjoyed this, I would suggest you do two things. 1) Stay tuned for upcoming posts where we will take apart “the Six Non-Negotiables.” 2) Click here to get more information on this topic.