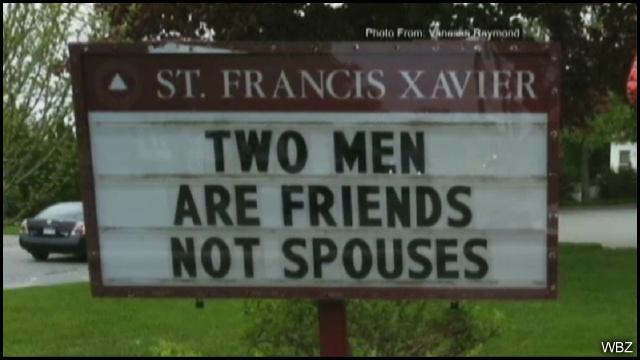 In my DVD, “Truth and Consequences,” I first declare the biblical truth concerning the infallible teaching authority of the Church, the “Magisterium” of the Catholic Church, then I give examples from both matters of faith and moral matters of the tragic consequences that follow from not having this great gift. You will be stunned when you see in this presentation how far the Protestant denominations have fallen over the centuries as a result of their rejection of the truth of the Magisterium of the Church.

In an earlier blog post, I gave some snippets from my DVD by way of eight major Protestant denominations, and I added the Mormons as well, that support abortion to various degrees. And we are not talking about “Bob and Pete’s Church of Fun,” here, we are talking about major denominations: 1. The Salvation Army 2. The Mormons 3. The United Church of Christ 4. The American Baptist Churches 5. The Southern Baptist Church 6. The Presbyterian Church (USA) 7. The Evangelical Luther Church 8. The United Methodist Church 9. The Episcopalian Church

All of the above support abortion to varying degrees. And this represents just nine of the 18 I present in my DVD!

In this post, I want to present to you just six of the 25 denominations I found that now support homosexual acts/homosexual so-called “marriage” as morally acceptable. Can you even imagine what Luther and Calvin would say of these their sons and daughters today?

And on and on we go to 25 denominations, as I said above.

And folks, we are not talking about individuals in these denominations failing to live up to the teachings of its leadership. That will always be the case. As long as we are living in the world and in our fallen state as human beings, there will always be sin. But we are talking about so-called “churches” leading people into sin and claiming, in the words of Shakespeare, “fair is foul, and foul is fair.”

This leads me to two main thoughts among the many we could talk about. First, it leads me to give thanks to God for the great gift of the Magisterium of the Catholic Church that is the only institution on the planet earth that has preserved in its entirety the full body of Christian teaching for 2,000 years. Only its divine authority can explain this historical fact.

Second, it leads me to want to invite everyone I come into contact with to come to Jesus Christ in the Church that he established 2,000 years ago, the Catholic Church. In the words of a familiar Protestant hymn I was raised with, “All other ground is sinking sand.”

The Great Lie of Seventh-day Adventists

Another Attack Against a Priest Not in ...