The Trouble With Calvin – Pt. 1 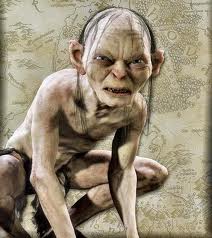 Over my next five blog posts, I am going to critique the famous “five points” of Calvinist theology: 1. Total Depravity 2. Unconditional Election 3. Limited Atonement 4. Irresistibility of Grace 5. Perseverance of the Saints (“Once Saved, Always Saved”).

In John Calvin’s magnum opus, The Institutes of the Christian Religion, Calvin presents a view of man that is very much like Luther’s, but contrary to what we find in the pages of Sacred Scripture. Calvin used texts like Gen.6:5,

The Lord saw that the wickedness of man was great in the earth, and that every imagination of the thoughts of his heart was only evil continually,

None is righteous, no not one; no one understands, no one seeks for God. All have turned aside, together they have gone wrong; no one does good, not even one…

in order to prove that man is totally and utterly depraved through the fall of Adam and Eve. Calvin’s conclusion from these texts and others was to say, “The will is so utterly vitiated and corrupted in every part as to produce nothing but evil” (Institutes, Bk. II, Chapter II, Para. 26).

The context of the texts Calvin used actually demonstrate the opposite of his claim. For example, if we read forward just four verses in Genesis 6, we find this:

But Noah found favor in the eyes of the Lord… Noah was a righteous (“just”) man, blameless in his generation (Gen. 6:8-9).

While we Catholics agree that God’s grace or “favor” was absolutely essential for Noah to be truly “just” before God; nevertheless, Noah was truly just, according to the text.

As far as the quote from Romans is concerned, the greater context of the entire epistle must be understood. One of the central themes of St. Paul’s Letter to the Romans is the fact that it is through “the goodness of God” that we are led to repent (cf. Romans 2:4), to be justified (Romans 5:1-2), and persevere in the faith (cf. Romans 11:22). It is solely because of God’s grace that we can truly become just:

Therefore, since we are justified by faith, we have peace with God through our Lord Jesus Christ. Through him we have obtained access to this grace in which we stand and we rejoice in our hope of sharing the glory of God” (Romans 5:1-2).

Notice the emphasis on the fact that man is truly made just so much so that he can fulfill “the just requirement of the law.” It doesn’t get any more just, or righteous, than that!

Thus, Romans 3:10ff simply does not teach total depravity in a Calvinist sense. It cannot when the context is understood.

Moreover, if we examine the very verses where St. Paul paints his picture of the wicked who have “turned aside” and “done wrong,” we find he actually quotes Psalm 14:3. The next two verses of this Psalm explain who these “evil ones” are.

Have they no knowledge, all the evil-doers who eat up my people as they eat bread, and do not call upon the Lord? There they shall be in great terror, for God is with the generation of the righteous.

The Psalmist clearly refers to both evil-doers and “the righteous.”

The impetus of these and other texts from Romans tell us that Christ came to make us just, not that there are absolutely none who are just. We must stress again that it is because of the justice of Christ communicated to the faithful that their actions, and indeed, they themselves, are truly made just. But they indeed are truly made just.

There is no way the Scripture could be any clearer that the faithful are truly made just in their being and in their actions through the grace of Christ.

More grave problems begin to arise when we begin to follow the path Calvin lays for us with his first principle. Even when considering the unregenerate Calvin is wrong about total depravity because Scripture tells us even those who are outside of the law can,

Though Catholics agree with Calvinists that grace is necessary even for these who are ignorant of the law in order for them to be just before God—in other words this text is not saying these pagans can be justified apart from grace—the text does infer that nature is not totally depraved because man can clearly act justly on a natural level, or by nature.

But an even more grave error comes to the fore when we consider his notion of the depravity of the just. “Depravity of the just?” Yes. That was not a typo. According to John Calvin, even those who have been justified by Christ “cannot perform one work which, if judged on its own merits, is not deserving of condemnation” (Institutes, Bk. III, Ch. 9, Para. 9). How far from “he that acts justly is just” (I John 3:7) or the plain words of the Psalmist who uses similar words as found in Gen. 15:6 with regard to Abraham being justified by faith: “[Abraham] believed the Lord; and he reckoned it to him as righteousness,” in Psalm 106:30-31: “Then Phineas stood up and interposed, and the plague was stayed. And that has been reckoned to him as righteousness from generation to generation.”

Phineas was clearly justified by his works and not just by faith. In other words, Phineas’ works are truly “just as he is just” to use the words of I John 3:7.

But the tax collector, standing far off, would not even lift up his eyes to heaven, but beat his breast, saying, “God, be merciful to me a sinner!” I tell you, this man went down to his house justified rather than the other; for every one who exalts himself will be humbled, but he who humbles himself will be exalted (Luke 18:13-14).

These texts do not even come close to saying all of these works were “worthy of condemnation.” They say just the opposite!

We should be clear here: All “good works” man performs that contribute to his salvation are first and foremost God’s gifts, which, along with his cooperation, truly make him just and worthy to “walk with [Christ] in white; for [he is] worthy” (Rev. 3:4), by God’s grace and mercy. But we cannot escape the biblical fact that these works truly are just and they are truly the fruit of the just man himself.

Once Calvin deduces “total depravity” via poor exegesis of a relatively few texts of Scripture, all sorts of unbiblical notions follow. For example, Calvin also concludes from this that human nature is so totally depraved that free will is an impossibility. It’s a farce:

The grace offered by the Lord is not merely one which every individual has full liberty of choosing to receive or reject, but a grace which produces in the heart both choice and will (Institutes, Bk. II, Ch. 3, Para. 13).

According to Calvin, man’s total depravity means necessarily that he does not have the capacity to cooperate with God’s grace.

In fact, I argue that Calvin’s notion of grace and nature is a carbon copy of the theology of Sunni Islam. And I am far from alone in my conclusion. The famous Calvinist and anti-Catholic, Loraine Boettner, a graduate of Princeton Theological Seminary, provides:

Dr. Samuel M. Zwemer, who in a very real sense can be referred to as “apostle to the Mohammedan World,” calls attention to the strange parallel between the Reformation in Europe under Calvin and that in Arabia under Mohammed. Says he: “Islam is indeed in many respects the Calvinism of the Orient. It, too, was a call to acknowledge the sovereignty of God’s will… It is this vital theistic principle that explains the victory of Islam over the weak divided and idolatrous Christendom of the Orient” (Boettner, The Doctrine of Predestination, p. 318-319).

When John Calvin says man is utterly dependent upon God for every single just thought in his mind (see Institutes, Bk. II, Ch. II, Para. 27), Catholics will happily agree. And they would be correct. We do agree. However, appearances can be deceiving because there is more meaning beneath those words that Catholics cannot agree with.

With Calvin, there is no sense of grace aiding and empowering our wills as St. Augustine taught and the Catholic Church teaches. For Calvin, being “dependent upon God” means our free cooperation or free wills have no part to play. God does not merely empower our wills; he operates them.

In the end, this may well be the most disturbing idea stemming from Calvin’s notion of total depravity. Man is essentially a puppet of God’s, which led to Calvin attributing both the good and the evil actions of man to God.

And mind you, Calvin rejects and ridicules the Catholic notion of God merely permitting evil and working all things together for good. In his words:

Hence a distinction has been invented between doing and permitting, because to many it seemed altogether inexplicable how Satan and all the wicked are so under the hand and authority of God, that he directs their malice to whatever end he pleases… (Institutes, Bk. I, Ch. XVIII, Para. 1).

God is the author of all those things which, according to these objectors, happen only by his inactive permission. He testifies that he creates light and darkness, forms good and evil (Is. [45:7]); that no evil happens which he hath not done (Amos [3:6]) (Ibid. Para. 3).

As Catholics we understand—as St. Paul teaches—“since they did not see fit to acknowledge God, God gave them up to a base mind and to improper conduct” (Romans 1:28). This means God may well remove grace that is rejected. He may also hold back grace as well, but this is, as St. Augustine said, God’s “just judgment.” But, according to Calvin’s unbiblical teaching, God does not give grace in the first place and then “impels” men to act sinfully. As quoted above, according to Calvin, God causes evil. And we are not talking about physical evil here; we are talking about moral evil. That is categorically absurd! God cannot “do” or “impel” moral evil because He is infinitely and absolutely good!

God cannot lie (Heb. 6:8, Number 23:19), “he cannot deny Himself” (II Timothy 2:13)—or act contrary to His nature. If God’s nature is one of love and pure being, it is absurd to say that he can “do” evil, which is by nature a lack of some perfection that ought to be present in a given nature. In fact, James 1:13 tells us that God not only cannot cause this kind of evil, but he cannot even tempt anyone with evil. That is contrary to his nature.

When Is. 45:7 and Amos 3:6 say God “creates evil” and “does evil,” this must be seen only in a sense in which it does not contradict God’s nature and what is clearly revealed to us about God in Scripture. God can directly cause physical evil, such as the ten plagues he released against Egypt in Exodus. But this was an act of justice, which in and of itself was morally upright and justified. We can also say that God permits evil in view of the fact that he chose to create us with freedom. But even there, God only permits evil in view of his promise to bring good out of that evil as is most profoundly demonstrated through the greatest evil in the history of the world—the crucifixion of our Lord Jesus Christ. Through this greatest evil God brings about the greatest good—the redemption of the world. God did not kill Christ, nor did he “impel” anyone to kill Christ. But by virtue of his omnipotence, he brings good out of the evil acts committed.

The Trouble With Calvin – Pt. 2