The Trouble With Calvin – Pt. 3 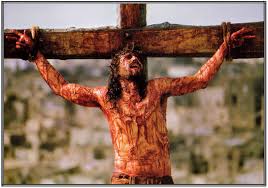 In my last two blog posts, we examined the first two of the “five points” of Calvinism popularly known by the acronym, TULIP, which represents 1. Total Depravity 2. Unconditional Election 3. Limited Atonement 4. Irresistible Grace 5. Perseverance of the Saints (“once saved, always saved”). In this post, we will tackle the third point:

No Christian that I know of would deny that some doctrines are more or less clear than others in Scripture. When it comes to the atonement of Christ, the Scriptures are most clear: Jesus Christ died on the cross for the entire world. The redemption that Christ merited through his passion and death was for every single human person that has ever and will ever live. The Calvinist teaching of limited atonement espouses the exact opposite. We find this teaching in many places in the Calvinist confessions by way of their emphasis on the sacrifice of Christ being only for the sins of the elect and not for the sins of the whole world. The Westminster Confession of 1643, for example, declared:

In this sacrament Christ is not offered up to his Father, nor any real sacrifice made at all for remission of sins of the quick or the dead; but only a commemoration of that one offering up of himself, by himself, upon the cross, once for all, and a spiritual oblation of all possible praise unto God for the same; so that the Popish sacrifice of the mass, as they call it, is most abominably injurious to Christ’s one only sacrifice, the alone propitiation for all the sins of the elect (emphasis added).

Notice, Christ’s sacrifice, was not offered for the sins of all, but only for the elect, according to John Calvin and the Westminster Confession. I am always astonished at this teaching in light of the clear teaching of St. John in I John 2:1-2:

My little children, I am writing this to you so that you may not sin; but if any one does sin, we have an advocate with the Father, Jesus Christ the righteous; and he is the expiation for our sins, and not for ours only but also for the sins of the whole world (emphasis added).

As Catholics, we have to go with St. John over John Calvin. Yet, Calvin was quite insistent that Christ did not die for all. He taught, as we’ve seen before:

By predestination we mean the eternal decree of God, by which he determined with himself whatever he wished to happen with regard to every man. All are not created on equal terms, but some are preordained to eternal life, others to eternal damnation; and accordingly, as each has been created for one or other of these ends, we say that he has been predestined to life or to death (The Institutes of the Christian Religion, Bk. 3, Ch. 21, Para. 5).

We keep coming back to Calvin’s notion of “double predestination,” and we will again, because It is important for us to understand that for Calvin and true Calvinists, predestination means that it is God’s immutable will that some go to heaven and some go to hell. Before they ever commit one sin, God has already decreed and ordained their eternal torment. Calvin said:

Those, therefore, whom God passes by he reprobates, and that for no other cause but because he is pleased to exclude them from the inheritance which he predestines to his children (Ibid., Ch. 23, Para. 1, emphasis added).

If the Calvinist notion of predestination were true, then this doctrine of limited atonement would follow. If God’s eternal decree representing his will from all eternity is that only some be saved, and if his immutable will is for some to go to hell, then clearly, he did not die on the cross for the salvation of all. This follows necessarily.

This is a case of a presupposition based on the misunderstanding of a relatively few biblical texts that ends up contradicting the plain teaching of Sacred Scripture. The atonement of Christ on the cross is the greatest expression of our God’s salvific will for all of mankind. And sacred Scripture could not make it any plainer:

For God so loved the world that he gave his only Son, that whoever believes in him should not perish but have eternal life. For God sent the Son into the world, not to condemn the world, but that the world might be saved through him.

Notice, the text does not say, “God so loved the elect…”

This is good, and it is acceptable in the sight of God our Savior, who desires all men to be saved and to come to the knowledge of the truth. For there is one God, and there is one mediator between God and men, the man Christ Jesus, who gave himself as a ransom for all (emphasis added).

Here we see—contrary to the Calvinist teaching of a limited atonement—that Christ died for all revealing God’s positive salvific will for all to be saved.

The Lord is not slow about his promise as some count slowness, but is forbearing toward you, not wishing that any should perish, but that all should reach repentance (emphasis added).

Here we see not only that God’s positive will is for all to be saved, but he clearly does not will any to perish in the fires of hell either. Again, this is expressly contrary to Calvinism. The biblical text reveals God’s salvific will to include each and every human being that has ever or will ever live. Those who end up in hell will be there because they chose to reject the truth, not because of any positive willing on God’s part.

I actually like to read John Calvin’s magnum opus, Institutes of the Christian Religion. I love the way Calvin’s mind works. Give me Calvin to read any day over Luther. Luther is all over the place with his theology. Calvin is disciplined, thorough, consistent, and easy to understand. Don’t get me wrong, he is profoundly wrong on many crucial matters, but at least you know where he stands.

When it comes to Calvin’s responses to the above-mentioned texts, well, let’s just say they are disciplined, consistent, easy to understand, and dead wrong. For brevity’s sake we will just take I Tim. 2:4 in this post. Let’s cite verses 1-6 for context:

First of all, then, I urge that supplications, prayers, intercessions, and thanksgivings be made for all men, for kings and all who are in high positions, that we may lead a quiet and peaceable life, godly and respectful in every ways. This is good, and it is acceptable in the sight of God our Savior, who desires all men to be saved and to come to the knowledge of the truth. For there is one God, and there is one mediator between God and men, the man Christ Jesus, who gave himself as a ransom for all…

This text is quite plain, making clear that:

2. Christ Jesus “gave himself as a ransom for all.”

But listen to Calvin’s response:

By this he assuredly means nothing more than that the way of salvation was not shut against any order of men… (Institutes, Bk. III, Ch. 24, Para. 16)

Really? It is hard to believe Calvin was really satisfied in saying that “all men” did not refer to “all men,” but to all “categories of men.” In this case, St. Paul was limiting prayer for the “categories” of “kings and men in high positions.”

But then you have the problem of verse six saying, “Christ… gave himself as a ransom for all” to have to them mean “all categories of men.” That is simply not what the text says.

John Calvin was stuck. He had a presupposition that simply did not fit the text, so he had to twist the text to fit his presupposition. He did not believe Jesus “ransomed all” on the cross (as I Tim. 2:6 says) because he believed Christ only made atonement for the elect. He did not believe God wills the salvation of all (as I Tim. 2:4 says) for the same reason, so he had to come up with the above that is really so far beneath a man with the intellectual capacity of a John Calvin. The man was brilliant.

He had to defend the indefensible belief in “limited atonement” in order to preserve the acronym, right?

But this leads to my final point for this post. There is another text that absolutely obliterates the notion of “limited atonement” that Calvin did not deal with in his magnum opus. That text would be II Peter 2:1-3:

But false prophets also arose among the people, just as there will be false teachers among you, who will secretly bring in destructive heresies, even denying the Master who bought them, bringing upon themselves swift destruction. And many will follow their licentiousness, and because of them the way of truth will be reviled. And in their greed they will exploit you with false words; from of old their condemnation has not been idle, and their destruction has not been asleep.

Calvin did not include this text in the nearly 700 pages of Institutes of the Christian Religion? I have a hard time believing this one got away. He just didn’t know about it. He was too smart for that. Perhaps he left this one alone because his answer would have been even worse than what we saw above in his dancing around I Tim. 2:4. I don’t know.

But what I do know is this text makes clear this fact: Jesus did not only die for the elect. His atonement was not “limited.”

The Trouble With Calvin – Pt. 2

The Trouble With Calvin – Pt. 4