A Martyr to Remember 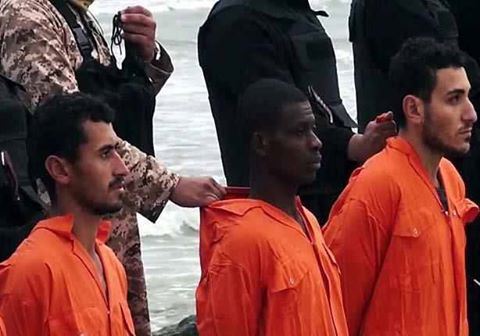 I am taking a commercial break from my series of posts on Islam to tell you of an amazing story that is not being reported widely concerning the “21” Coptic Christians that were recently beheaded by ISIS.

The truth is: It was only 20 Copts. The 21st person beheaded was a Chadian Citizen (he is the darker-skinned African shown in the main picture I posted with this article) who accepted Christ after seeing the incredible faith of these Coptic Christians.

Being from Chad, he would have most likely been a Muslim. When the terrorists became indignant at his conversion and tried to force him to deny Jesus, his response was to say,  “Their God is my God,“ resulting in the terrorists beheading him also.

Stories like these are multiplying in the midst of the unthinkable evil that is, ISIS. The bottom line is: THEY CAN’T WIN! We’ve already won 2,000 years ago when Jesus Christ was raised from the dead! This is what we Christians do. We too, as a people, rise from the dead! As Tertullian said it over 1,800 years ago, “The blood of the martyrs is the seed of the Church!”

If you want to learn more about Islam and how to answer its claims, click here.