The Evil that is Planned Parenthood 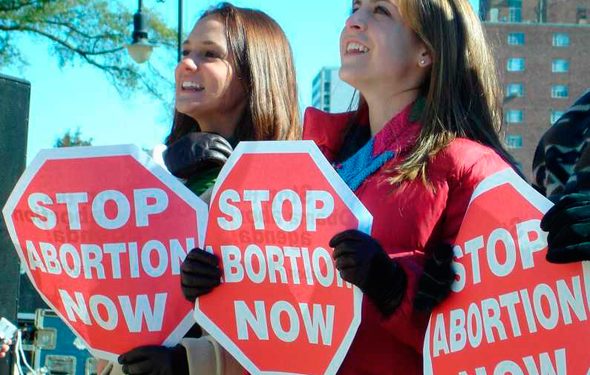 Just when you thought it couldn’t get worse… it did. In an earlier blog post, I told you about how Planned Parenthood’s senior director of medical services, Dr. Deborah Nucatola, casually speaks of how she and other “doctors” have been carefully murdering babies in the womb, protecting certain desired body parts, so that they can be sold as if they were pieces of chicken. And she was caught red-handed talking about it… on video. To say this is disgusting and an outrage is an understatement. In fact, there is hardly a way to overstate the gravity of what we are talking about here.

Turns out, there are a dozen or so more of these videos, one of which I will post for you here. But I warn you: you are about to view graphic pictures of murdered babies and a level of callousness from the monsters, I mean doctors, who kill them on a daily basis, that you simply will not believe.

The truth is: our culture has fallen so far due to the proliferation of sin that the media hardly bats an eye at these monstrosities, and our President (Obama) and justice system are so steeped in the fog of sin that there is little to no response.

What is amazing to me is how the lapdog media–lapdog to Planned Parenthood and the entire industry of death so often sold under the guise of “women’s health providers”–is shown in the clip interviewing Cecile Richards, the President of Planned Parenthood, denying what we see with our own eyes. Unbelievable! This time, it’s Melissa Farrell, Director of Research for Planned Parenthood Gulf Coast, not only admitting in word of the routine sale of body parts at Planned Parenthood, but giving us a gruesome tour…

Well, you watch if you haven’t yet, but again, be warned. This is extremely graphic.

The real question is: how long are we going to stand for this? Tens of millions of our brothers and sisters–real human beings–have been ripped apart in the sanctuary of their mother’s wombs since 1973, where murder was legalized in this country. And now, these innocent human beings’ body parts are up for sale? You watch the video and then you tell me what we should do.

As for me, I am going to begin by speaking out in every way I can. I am going to use every platform I possess to speak for these little ones who are being abused and murdered every single day across this country. And now, Planned Parenthood is saying to us these little babies are no different than a blob of tissue that can be bought and sold with impunity.

As I said in my previous post on this topic, if you want to equip yourself with knowledge to combat this culture of death in which we live, click here. And remember: “greater is he that is in us, than he that is in the world” (I John 4:4). And, “This is the victory that overcomes the world, even our faith” (I John 5:4).

We can, we must, and we will stop this unthinkable evil, with God’s help!

Is the Eucharist Cannibalism?