The Protestant Bible Verse That Isn’t 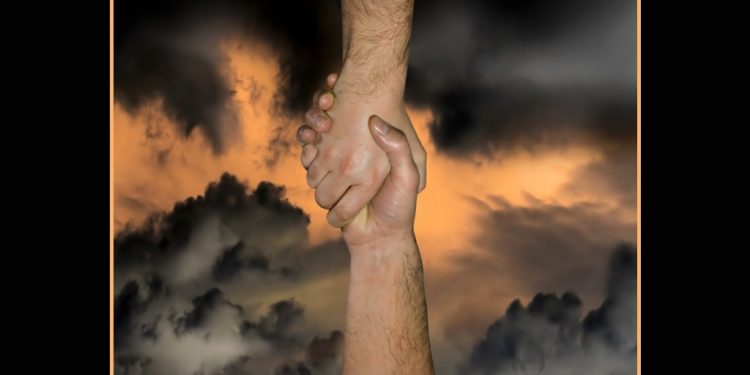 Just before Christmas last year, a Catholic friend invited me to Los Angeles to speak with some dear friends of his who had left the Catholic Faith. Their Evangelical pastor joined us for what became a lively and lengthy discussion. I thought the dialogue went very well, but one exchange seems to stick out among the many we had over about four hours. When the topic moved to the assurance of salvation, the pastor declared with confidence, “St. Paul could not be clearer that we can have absolute assurance of our salvation when he said, ‘To be absent from the body is to be present with the Lord.'”

This sounds pretty definitive, I agree. The problem is, St. Paul never said those words or anything like them. This is a misquotation of II Cor. 5:6,8 that I hear quite often from Evangelicals. I immediately took the pastor and all in the room to the actual text–adding verses nine and ten for clarity’s sake–which we read together:

So we are always of good courage; we know that while we are at home in the body we are away from the Lord . . . we would rather be away from the body and at home with the Lord. So whether we are at home or away, we make it our aim to please him. For we must all appear before the judgment seat of Christ, so that each one may receive good or evil, according to what he has done in the body.

Reading verses nine and ten, we find the greater point St. Paul is making. We must all live to please God at all times in view of the fact that we will all stand before God at the Final Judgment, where we will receive either “good or evil” according to our works done in this life. There is not even a hint of an absolute assurance of salvation anywhere to be found here.

I was pleasantly surprised when the pastor agreed with me that he had misquoted Paul. He said he would have to take that argument out of his arsenal for future use. It’s not often when a debate partner admits error in the heat of the battle. That is a sign of the presence of humility. Where there is true humility one often discovers the grace of God: “God opposes the proud and gives grace to the humble” (James 4:7).

Who knows, other than our blessed Lord, whether or not this discussion will bear the fruits of conversion or re-version to the Catholic Faith for those non-Catholics who were there that night. But I would venture to say there is one thing we can know with relative certainty: Seeds of the faith were planted. We will leave the rest to “God who gives the growth” (I Cor. 3:7).

Forgiveness II – A Response to Objections