To Forgive or Not to Forgive — That Is the Question 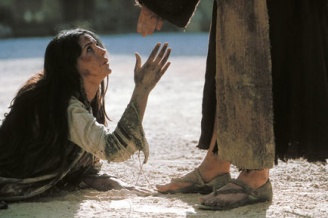 A man–I’ll call him Robert–wrote to me recently telling me a horror story about his ex-wife. To say she acted uncharitably during and after their separation and divorce would be an understatement. Of course, I am only hearing one side of the story, but his question boiled down to this: “Am I required to forgive her, even though she is not sorry for anything she has done, and then to forget about what she has done because God ‘forgets’ when he forgives and calls us to do the same? I must confess to you that I just cannot live this because I believe she is dangerous to both me and our children.”

Unfortunately, scenarios like this are not rare. But they do end up raising some very important questions about the nature of forgiveness. There are at least five points to be considered for clarifying the issues at hand:

1. We are not called to go beyond what God himself does when it comes to forgiveness. Many Christians believe with Robert that they are obliged to forgive even those who are not in the least bit sorry for their offenses against them. And on the surface this sounds really . . . Christian. But is it true? God himself doesn’t do it. He only forgives those who repent of their sins. II Cor. 7:10 says, “[G]odly grief produces a repentance that leads to salvation.”  I John 1:9 says, “If we confess our sins, he . . . will forgive our sins.”

Our Lord obviously has not and will not forgive the souls in hell right now for the simple reason that they did not ask for forgiveness. This seems as clear as clear can be. The question is, are we required to do more than God does when it comes to forgiveness?

Jesus seems to answer this question for us in Luke 17:3-4:

According to this text, and as we would suspect, Jesus requires his followers to forgive only those who are sorry for their offenses, just as God does. And this only make sense. Colossians 3:13 says we are to called to forgive each other “as the Lord has forgiven [us].”

Some will say at this point, “Didn’t Jesus forgive everyone from the cross when he said, ‘Forgive them, for they know not what they do’ in Luke 23:34?” Actually, he didn’t. He petitioned the Father for those who had beaten and crucified him to be forgiven, revealing his will that “all men . . . be saved” (I Tim. 2:4). But this was not a declaration that even these men were actually forgiven, much less a declaration that he was forgiving everyone for all time.

2. We have to distinguish between our calling to forgive those who are sorry and ask for forgiveness and our call to love everyone without exception, including those who have wronged us and are not sorry that they did. Sometimes these two concepts are conflated.

St. Thomas Aquinas tells us love is “willing the good of the other” selflessly (cf. I Cor. 13:5). In a sense, this is all God can do, because “God is love” (I John 4:8). God can do nothing other than will to share the infinite good of himself with every single person ever created or conceived—even the souls who reject his love and forgiveness, because a God not loving would be a God contradicting his own essence, which is absurd.

Thus God’s love is unconditional, because in one sense it has nothing to do with the other. It comes from within, regardless of what happens outside of the godhead. This brings profound meaning to Jesus’ words: “Love one another as I have loved you” (John 15:12). In essence, Jesus is calling us to love with that same unconditional love with which he loves as the God-Man. Regardless of varying situations and relationships in our lives, “God’s love has been poured into our hearts through the Holy Spirit” (Rom. 5:5) empowering us to “will the good of the other” regardless of what “the other” may bring our way.

On the other hand, forgiveness, as we’ve said, is not unconditional. It’s a two-way street. God offers his forgiveness to all out of his unconditional love and, therefore, so must all Christians. But here’s the rub. Because forgiveness is dependent upon the other, it cannot actually take place until there are willing partners on both sides of the divide.

3. But God says, “I am He who blots out your transgression for my own sake, and I will not remember your sins,” in Isaiah 25:23. Shouldn’t we do the same?

This was Robert’s point. “When God forgives, he forgets. So if we must forgive, we must forget as well, right?”

First of all, in Robert’s case, there is no imperative to forgive in the first place, because there is no evidence of contrition. But even if there were to be forgiveness here, forgiveness must be properly understood.

There is no such thing as divine amnesia. Jesus will not be forever in heaven asking, “How did these holes get in my hands and feet?” “I will not remember” is an anthropomorphic way of saying God will not forever hold sins against us that have been forgiven. This is not to say there are not temporal consequences for sin. Purgatory is a stark reminder of this.

I must interject here that Robert was actually very relieved when he discovered he did not have to turn his brain off and endanger his children in order to be a good Catholic. Poor Robert was thinking he had to forget everything his ex-wife did and act as though she didn’t do anything wrong. And that is why he thought he just could not live the faith any longer. The truth is, God does not “forget” in that sense, and neither should we. Not only should Robert remember what his ex-wife had done, but he should act with precaution in order to protect himself and his children.

4. Jesus said “love your enemies” in Matthew 5:44. He did not say we have to “like” our enemies and he did not say we don’t have enemies. If you proclaim and live truth contradicting a world receiving its marching orders from “the father of lies,” you are promised to have enemies. We could start with the guys who want to kill us. Put them down in the “enemies” column.

Jesus calls us to “love [our] enemies and pray for those who persecute [us], so that [we] may be sons of [our] Father who is in heaven.” That means love is not an option, it is a commandment. But loving enemies does not mean you necessarily want to have them over to the house for supper. “Love” doesn’t necessarily mean “like.” Indeed, it may be unhealthy or even dangerous to even be around your enemy, as may well be true in Robert’s case.

5. So what do we do if we find ourselves in a situation like Robert’s?

The first step to loving and forgiving as God does is to recognize that we cannot do it apart from Christ. It is essential to meditate upon what Christ did for us on the cross and the fact that he loves us infinitely and forgives us over and over again. Ultimately, we have to get to the place where we acknowledge our powerlessness so that we can allow Christ to love and forgive in us and through us.

I recommended to Robert specifically that he ask God to help him to truly will the good for his ex-wife—and a telling sign of whether this is so would be when he could sincerely pray to God for good to come to his ex-wife—then he could rest assured that he is loving her as Christ commanded.

Does the Catholic Church Teach “Doctrines of ...

Forgiveness II – A Response to Objections