Does the Catholic Church Teach “Doctrines of Demons?” 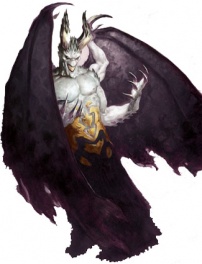 Two days ago, we had a couple of converts to the Catholic Faith come by the office here at Catholic Answers to get a tour of our facility and to meet the apologists who had been instrumental in their conversions. One of the two gave me a letter she received from her Pentecostal pastor. He had written to her upon his discovery that she was on her way into full communion with the Catholic Church. She asked for advice concerning either how to respond or whether she should respond at all to the letter.

As I read through the multiple points her former pastor made, one brought back particular memories for me, because it was one of my favorites to use in evangelizing Catholics back in my Protestant days. The Catholic Church, he warned, teaches “doctrines of demons” according to the plain words of I Timothy 4:1-3:

Now the Spirit expressly says that in later times some will depart from the faith by giving heed to deceitful spirits and doctrines of demons, through the pretensions of liars whose consciences are seared, who forbid marriage and enjoin abstinence from foods which God created to be received with thanksgiving by those who believe and know the truth.

What is consecrated celibacy if not “forbid[ding] marriage?” And what is mandatory abstinence from meat during the Fridays of Lent if not “enjoin[ing] abstinence from foods which God created to be received with thanksgiving?” So says this Pentecostal pastor. How do we respond?

Innocent on Both Charges

Despite appearances, there are at least two central reasons these claims fail when held up to deeper scrutiny:

Let a widow be enrolled if she is not less than sixty years of age, having been the wife of one husband . . . well attested for her good deeds. . . . But refuse to enroll younger widows; for when they grow wanton against Christ they desire to marry, and so they incur condemnation for having violated their first pledge (I Tim. 5:9-11).

There is nothing ordinarily wrong with a widow remarrying. St. Paul himself made clear in Romans 7:2-3:

[A] married woman is bound by law to her husband as long as he lives. . . . But if her husband dies she is free from that law, and if she remarries another man she is not an adulterous.

Yet, the “widow” of I Timothy 5 is condemned if she remarries? In the words of Ricky Ricardo, St. Paul has some “splainin’ to do.”

The answer lies in the fact that the widow in question had been “enrolled,” which was a first-century equivalent to being “consecrated.” Thus, according to St. Paul, these “enrolled” widows were not only celibate but consecrated as such.

2. St. Paul was obviously not condemning the Church making abstinence from certain foods mandatory, because the Council of Jerusalem, of which St. Paul was a key participant in A.D. 49, did just that in declaring concerning Gentile converts:

For it has seemed good to the Holy Spirit and to us to lay upon you no greater burden than these necessary things: that you abstain from what has been sacrificed to idols and from blood and from what is strangled and from unchastity (Acts 15:28).

This sounds just like “enjoin[ing] abstinence from foods which God created to be received with thanksgiving.” So there is obviously something more to I Timothy 4 than what one gets at first glance.

What Was St. Paul Actually Calling “Doctrines of Demons?”

In A Catholic Commentary on Sacred Scripture, the 1953 classic for Scripture study, Fr. R.J. Foster gives us crucial insight into what St. Paul was writing about in I Timothy 4:

[B]ehind these prohibitions there may lie the dualistic principles which were already apparent in Asia Minor when this epistle was written and which were part of the Gnostic heresy.

Evidently, St. Paul was writing against what might be termed the founding fathers of the Gnostic movement that split away from the Church in the first century and would last over 1,000 years, forming many different sects and taking many different forms.

Generally speaking, Gnostics taught that spirit was good and matter was pure evil. We know some of them even taught there were two gods, or two “eternal principles,” that are the sources of all that is. There was a good principle, or god, who created all spirit, while an evil principle created the material world.

Moreover, we humans had a pre-human existence, according to the Gnostics, and were in perfect bliss as pure spirits dwelling in light and in the fullness of the “gnosis” or “knowledge.” Perfect bliss, that is, until our parents did something evil: They got married. Through the conjugal act perfectly pure spirits are snatched out of that perfect bliss and trapped in evil bodies, causing the darkening of the intellect and the loss of the fullness of the “gnosis.” Thus, salvation would only come through the gaining, or regaining, of the “gnosis” that the Gnostics alone possessed.

Eating meat was also forbidden because its consumption would bring more evil matter into the body, having the effect of both keeping a person bound to his evil body and further darkening the intellect.

Thus, these early Gnostics forbade “marriage and enjoin[ed] abstinence from foods which God created to be received with thanksgiving.”

If there are any remaining doubts as to whom St. Paul was referring as teaching “doctrines of demons,” he tips his hand in his final exhortation in I Timothy 6:20-21:

O Timothy, guard what has been entrusted to you. Avoid the godless chatter and contradictions of what is falsely called knowledge, for by professing it some have missed the mark as regards faith. Grace be with you.

The Greek word translated above as “knowledge” is gnoseos. Sound familiar? The bottom line is this: St. Paul was not condemning the Catholic Church in I Timothy 4; he was warning against early Gnostics who were leading Christians astray via their “gnosis,” which was no true gnosis at all.

One Mediator Between God and Men