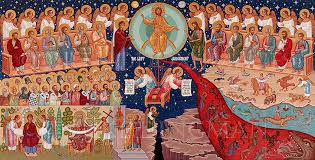 It is, of course, true that hell is a “real possibility” for each of us. And that is a sobering thought. But it is also true that souls are actually in hell now, and will be for all eternity. This is a teaching of our Catholic Faith.

No less of a luminary than Fr. Robert Barron, following the great Hans Urs von Balthasar, from his famous book on the topic, Dare We Hope That All Men Be Saved?, writes in his book, Catholicism, on pages 257-258:

If there are any human beings in hell, they are there because they absolutely insist on it. The conditional clause with which the last sentence began honors the church’s conviction that, though we must accept the possibility of hell (due to the play between divine love and human freedom), we are not committed doctrinally to saying that anyone is actually “in” such a place. We can’t see fully to the depths of anyone’s heart; only God can. Accordingly, we can’t declare with utter certitude that anyone—even Judas, even Hitler—has chosen definitively to lock the door against the divine love. Indeed, the liturgy compels us to pray for all of the dead, and since the law of prayer is the law of belief, we must hold out at least the hope that all people will be saved. Furthermore, since Christ went to the very limits of godforsakenness in order to establish solidarity even with those who are furthest from grace, we may, as Hans Urs von Balthasar insisted, reasonably hope that all will find salvation…

Let me just say at the outset here that neither Hans Urs von Balthasar nor Fr. Robert Barron are “universalists,” as they are sometimes accused of being. Both taught hell as a “real possibility” emphasizing the fact that we just can’t know with “utter certitude”—to use Fr. Barron’s words—whether anyone is in hell. Neither ever taught we can know with that same “utter certitude” that everyone is going to be saved either. For an excellent defense of von Balthasar’s teaching, I recommend Mark Brumley’s article, “Did Hans Urs von Balthasar Teach that Everyone Will Certainly Be Saved?” found in The Catholic World Report, November 21, 2013.

Having said that, this does not mean there are not problems with both von Balthasar and Fr. Barron’s teaching. There are. We’ll focus now on Fr. Barron’s above-quoted statement.

The central problem comes from the statement, “If there are any human beings in hell…” And then also with the claim that “the church’s conviction” is that we are not committed “doctrinally” to saying anyone is “in” such a place (hell). These are problematic. There are four points that I think we need to consider:

1. The First Constitution of the Fourth Lateran Council in 1215 at the very least alludes to the fact that folks then living in AD 1215 would be in hell. This was the opening statement of the Council and its “Profession of the Faith.” The implication is that people from every generation would finally be eternally separated from God, not just people from the 13th century. But, at the very least, for the strict interpreter of the words of the Council, it seems inescapable that the Council taught souls are in hell now:

Indeed, having suffered and died on the wood of the cross for the salvation of the human race, he descended to the underworld, rose from the dead and ascended into heaven. He descended in the soul, rose in the flesh, and ascended in both. He will come at the end of time to judge the living and the dead, to render to every person according to his works, both to the reprobate and to the elect. All of them will rise with their own bodies, which they now wear, (Latin text reads quae nunc gestant—which they are now bearing or wearing) so as to receive according to their deserts, whether these be good or bad; for the latter perpetual punishment with the devil, for the former eternal glory with Christ.

The present tense indicates that some folks then living—now wearing their bodies—would go to hell. Thus, the Church is here teaching there are souls “in” hell.

2. We have a more recent magisterial statement from Pope St. John Paul II with, shall we say, an interesting history. It was originally recorded in the L’Osservatore Romano, August 4, 1999, and it read:

Eternal damnation remains a real possibility, but we are not granted, without special divine revelation, the knowledge of whether or which human beings are effectively involved in it.

This sounds like it agrees with Fr. Barron and von Balthasar, doesn’t it? However, when this statement was placed in the AAS (Acta Apostolicae Sedis—all of the official statements of our Popes are placed there in their official form), “whether or” was edited out. This is most significant. The Pope’s original statement seemed to lend itself to Fr. Barron’s position. At the time, it was met with serious blow-back. But it was purposely amended, it appears, to eliminate those two problematic words. Thus, the official statement of the Pope reads:

Eternal damnation remains a real possibility, but we are not granted, without special divine revelation, the knowledge of which human beings are effectively involved in it.

The official statement of the Pope indicates the traditional Catholic teaching that there are human beings in hell, but that we just do not know “which human beings” they are. This is contrary to Fr. Barron’s position.

3. Pope John Paul II, in his book, Crossing the Threshold of Hope, provides:

Can God, who has loved man so much, permit the man who rejects Him to be condemned to eternal torment? And yet, the words of Christ are unequivocal. In Matthew’s Gospel he speaks clearly of those who will go to eternal punishment (cf. Matt. 25:46). Who will these be? The Church has never made any pronouncement…” (pg. 185)

Though not a magisterial document, this does give us some insight into the mind of our former Pope. The unresolved question for John Paul was not whether folks are in hell or not, but who they will be individually. That is what the Church has not defined or taught officially. In other words, there is no “anti-canonization” process where someone is declared to be in hell infallibly.

Thus, it seems the Church’s Magisterium has, in fact, taught that there are souls in hell now, and that there will be for all eternity. “Which human beings” we do not know without special divine revelation. With all due respect to von Balthazar’s “Dare We Hope,” I would say that kind of “hope” would be to hope against the sensus ecclesiae, if by that he meant, or if by that Fr. Barron means, that there could even be a possibility that no one is or ever will be in hell. Jesus’ words are, as Pope John Paul II said, “unequivocal.”

Thus, in Fr. Barron’s statement, “If there are any human beings in hell…” he seems to be confusing the idea that we don’t have definitive knowledge of an individual soul being in hell by name, and our not knowing whether there are any souls in hell. We don’t know the former; we do know the latter as a matter of Church teaching.

Finally, I want to consider Fr. Barron’s argument that the Church’s prayer for all of the dead means “we must hold out at least the hope that all people will be saved,” based upon the principle of lex orandi, lex credendi. This seems to be a non sequitur. Because we cannot know who will be saved, and who will be lost (apart from a private revelation, as Pope John Paul II said), it stands to reason we would pray for all. In other words, we would not pray: “Lord, because we know some will end up in hell, I pray Eggbert McGillicutty will be one of them.” Absolutely not! Just as God “wills all to be saved and to come to the knowledge of the truth” (I Tim. 2:4), so must we. But a hope or desire does not necessitate even the possibility of a strict fulfillment.

As an analogy, because I know my six children either have sinned (those over the age of accountability), or will sin (those under the age of accountability), that does not mean my prayer, “Dear Lord, keep my children from the ‘sin which clings so closely…'” is somehow void of hope. My desire, my hope, is that they never sin, but there is nothing in that desire, or hope, that means I must then hold to the possibility that all of my children will actually be sinless.

Neither is there anything in the Church’s prayer for all souls that necessitates a doctrinal stand of the Church that says we “must” hold out hope that we will discover “hell” empty in the afterlife. In fact, that would contradict both the words of our Lord I cited above and the teaching of the Church in CCC 1034:

Jesus solemnly proclaims that he “will send his angels, and they will gather… all evil doers, and throw them into the furnace of fire,” and that he will pronounce the condemnation: “Depart from me, you cursed, into the eternal fire” (Matt. 25:41)!

Notice, the Church declares that “Jesus solemnly proclaims” and “pronounce[s]” that some will indeed be lost.

What Do We Conclude?

While we did not broach the topic of “how many” will be saved; that is for another time, our focus here has been on the question of whether there are and whether there will be souls in hell for all eternity. Greater minds than mine, like the aforementioned Hans Urs von Balthasar, and Fr. Robert Barron, have posited the possibility that all men could well be saved. Indeed, Fr. Barron even claims that as Catholics we “must” hold this to be a real possibility.

In a word, both of these great men are wrong. The teaching of the Church is clear. CCC 1034 teaches us that Jesus “solemnly proclaim[ed]” that Christ will, in fact, “pronounce the condemnation: ‘Depart from me, you cursed, into the eternal fire!'” And the Church can do nothing but repeat her Lord’s solemn words.

For more information on this and related topics, click here.

Were Joseph and Mary Married at the ...