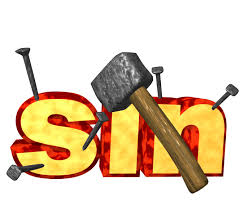 The most common Bible verse used against the very Catholic and very biblical doctrines concerning mortal and venial sin is James 2:10-11:

For whoever keeps the whole law but fails in one point has become guilty of all of it. For he who said, “Do not commit adultery,” said also, “Do not kill.”

The argument is made from this text that all sins are the same before God. Is this true?

First, the context of James 2 reveals St. James to have been talking about showing partiality for the first nine verses leading up to verses ten and eleven. In verse one St. James says, “My brethren, show no partiality as you hold the faith of our Lord Jesus Christ.” St. James then goes on to say that if we show partiality, for example, toward the rich at the expense of the poor, we fail to keep what he calls “the royal law, according to the Scripture, ‘You shall love your neighbor as yourself'” (verse 8). He then says, in verse nine, “But if you show partiality, you commit sin, and are convicted by the law as transgressors.” This is his lead-in to talking about keeping the commandments.

The second point I would make here is if you read the rest of verse 11, St. James explains a little more precisely what he means.

He never says anything remotely related to “all sins are equal.” He does not say, “If you commit adultery, you are guilty of murder, lying, stealing, etc.” as if there is no difference between these sins. The gravity of each sin is not his point. He simply points out that if you break any of these laws, you have become a transgressor of the law. Again, I believe he is saying you cannot pick and choose which of God’s laws you will obey and those you will not. You must obey all of them.

What is Mortal and Venial Sin?

The Catechism of the Catholic Church provides:

[1855] Mortal Sin destroys charity in the heart of man by a grave violation of God’s law; it turns man away from God… by preferring an inferior good to him. Venial sin allows charity to subsist, though it offends and wounds it.
[1861] Mortal sin… results in… the privation of sanctifying grace, that is, of the state of grace. If it is not redeemed by repentance and God’s forgiveness, it causes exclusion from Christ’s kingdom and the eternal death of hell…
[1862] One commits venial sin when, in a less serious matter, he does not observe the standard prescribed by the moral law, or when he disobeys the moral law in a grave matter, but without full knowledge or complete consent.
[1863] Venial sin weakens charity… and… merits temporal punishment. Deliberate and unrepented venial sin disposes us little by little to commit mortal sin. However, venial sin does not break the covenant with God. With God’s grace, it is humanly reparable. “Venial sin does not deprive the sinner of sanctifying grace, friendship with God, charity, and consequently, eternal happiness.”

What Does the Bible Have to Say?

Our Lord here teaches that there are “least commandments” a person can break and even teach others to do so yet still remain “in the kingdom of heaven.” That is both a good definition of venial sin and perfectly in line with paragraph 1863 of the Catechism. Then, Jesus goes on to warn us in no uncertain terms that there are other sins that will take us to hell—if we do not repent, of course. In Matt. 5: 22, Jesus further says, “… whoever says ‘You fool!’ shall be liable to the hell of fire.” In verses 28-29, he then says:

But I say to you that everyone who looks at a woman lustfully has already committed adultery with her her in his heart. If your right eye causes you to sin, pluck it out and throw it away; it is better that you lose one of your members than that your whole body be thrown into hell.

Clearly Jesus teaches there are some sins that will separate us from God for all eternity and some that will not–mortal and venial sin.

And whoever says a word against the Son of man will be forgiven; but whoever speaks against the Holy Spirit will not be forgiven, either in this age or in the age to come (Matthew 12:32, emphasis added).

This statement of our Lord implies there are at least some sins that can be forgiven in the next life and some that cannot to a people who already believed it to be so. That sounds awful Catholic, doesn’t it?

II Maccabees 12:39-46, which was written ca. 125 BC, gives us an excellent historical backdrop that can shed light on the importance of our Lord’s words in Matt. 12:32. As the story goes, Judas Maccabeus and his army collected the bodies of some fallen comrades killed in battle. When they discovered these men were carrying “sacred tokens of the idols of Jamnia, which the law forbids the Jews to wear” (vs. 40), Judas and his companions discerned they had died as a punishment for sin.

Therefore, Judas and his men turned to prayer beseeching that the sin which had been committed might be wholly blotted out… He also took up a collection… and sent it to Jerusalem to provide for a sin offering. In doing this he acted very well and honorably… Therefore he made atonement for the dead, that they might be delivered from their sin.

Whether one accepts the canonicity of I and II Maccabees really doesn’t matter. Whether a person accepts the inspiration of these books or not does not change the fact that they give us crucial information about the faith and practice of the Jews shortly before the time of Christ from a purely historical perspective. The Jews believed there were some sins that could be forgiven in the next life (analogous to what Catholics call venial sins), and that there were some sins that could not be so forgiven (analogous to what Catholics call mortal sins). That’s the historical record.

Some may argue at this point that this text only mentions some sins can be forgiven in the next life, it never says anything about any sins being unforgiveable. And that is true. However, we also know that at least some Jews of the more orthodox bent believed in a state of separation from God, or hell, where sins cannot be forgiven as well. Jesus himself speaks of this in multiple texts of the New Testament, for example, in Mark 9:47-48:

And if your eye causes you to sin, pluck it out; it is better for you to enter the kingdom of God with one eye than with two eyes to be thrown into hell, where their worm does not die and the fire is not quenched.

In the latter portion of that text Jesus actually quotes Isaiah 66:24 from the Old Testament as alluding to the existence of hell. And he was not saying anything novel or revolutionary here. According to the Talmud, and many Jewish writings before the time of Christ, as well as Orthodox Jewish teaching today, the Jewish faith has included a belief in a place of eternal punishment for the damned for well over 2,000 years. Moreover, among the Old Testament passages used historically by Jewish scholars, Isaiah 66:24 is one of the most common.

Most importantly, we have to acknowledge that this is the faith in which Jesus and the apostles were raised. They would have been raised to believe there were some sins that can be forgiven in the next life and some sins that cannot be. And it is in this context Jesus declares in the New Testament, as we saw from Matt. 12:32 above.

If anyone sees his brother committing a sin that is not a deadly sin, he will ask, and God will give him life for those whose sin is not deadly. There is sin which is deadly; I do not say one is to pray for that. All wrongdoing is sin, but there is sin which is not deadly. We know that anyone born of God does not sin, but He who is born of God keeps him, and the evil one does not touch him.

1. These verses cannot be any plainer that there is such a thing as “deadly sin” and “sin which is not deadly.” That is precisely what the Church means by mortal (sin unto death) and venial (sin not unto death) sin.

2. St. John distinguishes the effects of mortal and venial sin as well. Members of the Body of Christ can pray for someone who commits venial sin (sin “which is not deadly”) and “life” (Gr. – zo-ay, or the divine life of God) and healing can be communicated to him through that prayer. But when it comes to “deadly sin,” St. John tells us not to “pray for that.” This is not meant to say we should not pray for a person in this state of sin at all. Scripture is very clear that we should pray for “all men” in I Tim. 2:1-2. The context seems to indicate that he is referring to praying that God “give [the wounded member of Christ] life” directly through that prayer. Divine life and healing can only come through members of the Body of Christ to other members in a direct way if the person being prayed for is in union with the Body of Christ. For mortal sin, one can only pray that God would grant the grace of repentance to the sinner so that they may be restored to communion with the Body of Christ through the sacrament of confession.

3. Just after distinguishing between mortal (deadly) and venial (non-deadly) sins, St. John says “anyone born of God does not sin.” We know St. John could not be referring to all sin here because he already told us in I John 1:8: “If we say we have no sin, we deceive ourselves, and the truth is not in us.” Christians sin. It is clear from the context that St. John is referring to mortal sin here. If we sin mortally, we are cut off from the Body of Christ and are no longer in union with God. In that sense, the one who is in union with God cannot sin mortally. This is yet another clear distinction between mortal and venial sins in this text.

Any one of these biblical texts makes very clear that the biblical data is clearly in favor of mortal sins, but for brevity’s sake I will cite just one of them (Eph. 5:3-7):

But immorality and all impurity or covetousness must not even be named among you, as is fitting among saints. Let there be no filthiness, nor levity, which are not fitting; but instead let there be thanksgiving. Be sure of this, that no immoral or impure man, or one who is covetous (than is, an idolater), has any inheritance in the kingdom of Christ and of God. Let no one deceive you with empty words, for it is because of these things that the wrath of God comes upon the sons of disobedience. Therefore do not associate with them…

According to St. Paul, no matter how “born again,” “saved,” or whatever you think you are, if you commit these sins and you do not repent, you will not go to heaven. That is the essence of what “mortal sin” means.

Was Jesus Born on Christmas Day?