One Mediator Between God and Men 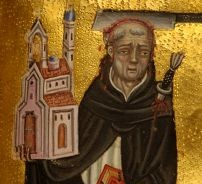 A surface reading of I Timothy 2:5 would seem to eliminate the idea of Christians “mediating” graces to one another: “There is one God and one mediator between God and men, the man Jesus Christ.” Protestants will argue, “If Jesus is our one mediator, then Christ alone mediates grace. In saying anyone else can, Catholics are usurping and thereby denying Christ’s singular role as mediator. That’s blasphemy!”

Much to the surprise of many Protestants I have spoken to over the years, the Catholic Church actually acknowledges Christ to be our one and absolutely unique mediator who alone can reconcile us to the Father in a strict sense. In his classic, The Catholic Catechism, Fr. John Hardon explains:

… the Incarnation corresponds to mediation in the order of being, and the Redemption (remission of sin and conferral of grace) is mediation morally.

This kind of mediation is incommunicable. No one but the Savior unites in himself the divinity, which demands reconciliation, and the humanity, which needs to be reconciled.

Protestants generally agree with us on this point. However, Fr. Hardon goes on to say:

Nevertheless, lesser and subordinate mediators are not excluded. The question is what purpose they serve and in what sense do they mediate. They can help the cause of mediation in the only way that human beings (or creatures) can contribute to the work of salvation, namely, by their willing response to grace; either better disposing themselves or others for divine grace, or interceding with God to give his grace, or freely cooperating with grace when conferred.

The “lesser and subordinate mediators” is where the trouble starts. And yet, the context of I Timothy 2:5 demonstrates Fr. Hardon’s point. In the first two verses, St. Paul commands “supplications, prayers and intercessions to be made for all men…” Intercession is a synonym for mediation. Hebrews 7:24-25 refers to Jesus acting as our one mediator at the right hand of the Father and refers to him as intercessor:

But [Christ] holds his priesthood permanently, because he continues for ever. Consequently, he is able for all time to save those who draw near to God through him, since he always lives to make intercession for them.

Christ is our one mediator/intercessor, yet, St. Paul commands all Christians to be intercessors/mediators. Then notice the first word in verse five: “For there is one God and one mediator…” And then in verse seven he says, “For this I was appointed a preacher and apostle.” What is an apostle if not a mediator? The very definition of apostle, according to Thayer’s Greek-English Lexicon of the New Testament, is “a delegate, messenger, one sent forth with orders.” That’s an essential part of what a mediator is. In short, St. Paul says we are all called to be mediators because Christ is the one mediator and for this reason he was called to be a mediator of God’s love and grace to the world!

Is this a contradiction? Not at all! The fact that Jesus is our one mediator does not preclude him from communicating this power by way of participation. The Bible also declares: “But you are not to be called Rabbi, for you have one teacher, (Gr. – didaskolos) and you are all brethren.” This text cannot be any clearer, yet James 3:1 and Ephesians 4:11 tell us we have many teachers (Gr. – didaskoloi) in the Church. The key is to understand that the many teachers and mediators in the body of Christ do not take away from Christ as the one teacher and mediator because they are, in a sense, Christ on this earth and they serve to establish his offices of teacher and mediator in him. As members of the body of Christ graced with a specific task by Christ they can say with St. Paul in Galatians 2:20, “It is not I, but Christ who [teaches] in me…”

And remember, we are not talking about necessity here. The Church is not claiming Christ couldn’t get the job done so he needed help. Of course not! He could do it all—and all by himself—if he wanted to. He could come down here right now and write this blog post much more effectively than I ever could. But he chooses not to do everything himself, strictly speaking. He delights in using his body to communicate his life and love to the world.

Perhaps the most important image for the People of God in Scripture for understanding our topic, whether we are talking about the “mediation of all grace” with reference to the Mother of God, or the mediation of graces through the prayers and sufferings of other members of the Church, is given to us in I Corinthian 12, when St. Paul describes the Church as a body. CCC 753:

In Scripture, we find a host of interrelated images and figures through which Revelation speaks of the inexhaustible mystery of the Church. The images taken from the Old Testament are variations of a profound them: the People of God. In the New Testament, all these images find a new center because Christ has become the head of this people, which henceforth is his Body. Around this center are grouped images taken from the life of the shepherd or from cultivation of the land, from the art of building or from family life and marriage.

The Old Testament has beautiful images for the People of God. They are shown to be God’s bride (cf. Jer. 3:1-14); They are children of a God who is revealed to be their “father” (cf. Mal. 1:6), and more. But with the advent of Christ these analogies were brought to a whole new level unthinkable to the Old Testament mindset (cf. CCC 239-240).

God was revealed to be “like” a father in the Old Testament. In the New, he is revealed to be Father within the eternal relations of the godhead. Through our mystical union with Christ through baptism, we become sons and daughters of God whereby we can truly call God “Abba”—father (cf. Gal. 4:4-7). We become brothers and sisters of Christ and true sons of Mary (cf. Romans 8:14-17; John 19:27—Rev. 12:17). The concept of “bride” reaches new heights when we speak of the Church as the “bride” of Christ (cf. Eph. 5:24-32). But even more radically, “we, though many, are one body in Christ, and individually members one of another” (Romans 12:5), whereby we are caught up into the very inner life of God as members of Christ’s body by grace (cf. Eph. 2:5-6), and by virtue of that fact we have been made to be “partakers of the divine nature” as II Peter 1:4 says.

It is this image of “the Body of Christ” that aids us in understanding how one member of the body can aid another in the communication of the divine life to one another without diminishing the role of “the head.” For example, if I pick up a pen here on my desk would we say “the head,” or “I,” would have had nothing to do with it? “Oh no, your hand did that, Tim, not you!”

So it is with Christ and his Body. Eph. 1:22-23 goes so far as to say the Church is, “The fullness of him who fills all in all.” Thus, the Church is Christ in this world. This does not take away from Christ’s unique mediation; it establishes that unique mediation. Different members of the Church mediate various graces in accordance with their respective gifts while the whole body functions to bring Christ to the world. Romans 12:4-6 says:

For as in one body we have many members, and all the members do not have the same function, so we, though many, are one body in Christ, and individually members one of another. Having gifts that differ according to the grace given to us.

And this radical union with Christ and with the other members of the Body of Christ does not cease at death. Romans 8:35-38 tells us, among other things, “neither death nor life… shall be able to separate us from the love of Christ.” Thus, those alive on earth can still benefit from—they are still connected to—the other members of the Body of Christ in heaven.

Is Christ our one, true mediator? Absolutely! And it is this same Christ who has chosen to use his Body to mediate God’s grace to the world in and through him.

Does the Catholic Church Teach “Doctrines of ...