Who Speaks for God? 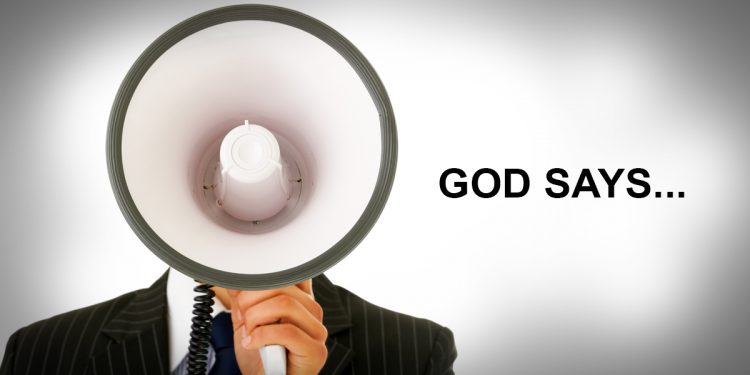 Even if someone does not accept the inspiration of Scripture, he can know through the use of reason alone that the New Testament contains accurate historical information about the life and teachings of Jesus Christ. And one of the most obvious pieces of history he will find in examining the historical person of Jesus Christ is that he established a “church” that would have the authority to speak for him whenever there was a matter of dispute among the people of God. That means he established a church that speak for Christ. And that means it would be an infallible church. That church—also a matter of historical fact—was and is the Catholic Church.

This is the most important truth in all of Catholic-Protestant dialogue as well as the Catholic-Orthodox dialogue.

Perhaps the plainest example of Our Lord’s teaching on the establishment of an authoritative and infallible authority on Earth—namely, the Church—can be found in Matthew 18:15-18. Here, Jesus gives definitive instruction as to how matters of dispute would be settled among the people of God for all time:

If your brother sins against you, go and tell him his fault, between you and him alone. If he listens to you, you have gained your brother. But if he does not listen, take one or two others along with you, that every word may be confirmed by the evidence of two or three witnesses. If he refuses to listen to them, tell it to the Church; and if he refuses to listen even to the Church, let him be to you as a Gentile and a tax collector. Truly, I say to you, whatever you bind on earth shall be bound in heaven, and whatever you loose on earth shall be loosed in heaven.

Jesus Christ here guarantees that the Church’s definitive decisions (whatever the Church “binds on earth”) would be backed up by the authority of heaven itself. So radical is this authority that he would also say of his Church, “If they receive you they receive me; if they reject you, they reject me” (Matt. 10:40; cf. Luke 10:16; 1 Tim. 3:15; Eph. 3:10; 4:11-15, etc.). This does not mean just some kind of authority, but an infallible authority, i.e., the authority of Christ himself.

The blessings of this infallible Church are manifold. But one very important reason for its establishment concerns the nature of faith itself. Without an infallible spokesman for Christ, the follower of Christ cannot have faith in the sense that God wills for him, because without that infallible spokesman he is forced to trust in some man’s private and fallible interpretation of the word of God rather than the word of God itself. Whether he places his faith in his own interpretation or in another fallible person’s really doesn’t matter. He is trusting in a fallible source rather than in that of God’s spokesman who speaks infallibly.

Notice that Paul did not say he was giving the Thessalonians (and us) his fallible opinion of what he thought Jesus said. He gave them the word of God. Paul—and the Catholic Church, I should add—never asks the faithful to place what the Church in its tradition calls “divine faith” in anything other than the infallible teachings of God’s authority on Earth, whether that be Paul himself, inspired by the Holy Spirit, or the infallible teaching authority of the Magisterium of the Church (cf. CCC 2089). To place “divine faith” in anything else would be to accept “as doctrines the precepts of men.” Jesus did not have nice things to say about that! (See Mark 7:6-8.)

The Protestant idea that Jesus did not give us an infallible Church—that, instead, we are to get our Bibles out and argue verses and then start our own churches if we cannot agree—as has been the practice of Protestantism for 500 years with no end in sight, or indeed possible. It is also completely alien to the New Testament, which condemns the practice of private interpretation of Scripture:

First of all you must understand this, that no prophecy of Scripture is a matter of one’s own interpretation, because no prophecy ever came by the impulse of man, but men moved by the Holy Spirit spoke from God (2 Pet. 1:20-21).

But this is manifestly false. The next verse (2 Peter 2:1) informs us that Peter was concerned with more than just the actual text of Scripture. He warned of “false teachers” who would teach “heresies,” not just false teachers who would write apocryphal works and claim them to be Scripture:

But false prophets also arose among the people, just as there will be false teachers among you, who will secretly bring in destructive heresies.

In 2:10 he describes these false teachers as “despising authority,” and then, in 3:16, he tells us they “twist the scriptures to their own destruction.” The context of Peter’s letter leaves no room to doubt that our first pope was condemning the private interpretation of Scripture, the foundation of the Protestant movement.

The Protestant Rebellion has Consequences

There is an organic connection between our spiritual life and the dogmas. Dogmas are lights along the path of faith; they illuminate it and make it secure. Conversely, if our life is upright, our intellect and heart will be open to welcome the light shed by the dogmas of faith (89).

And the Catechism also tells us just how far the infallible teaching authority of the Church extends:

The infallibility of the Magisterium . . . extends to all the elements of doctrine, including moral doctrine, without which the saving truths of the faith cannot be preserved, expounded, or observed (2051).

Why does this great gift extend to all of these matters absolutely crucial for our salvation? Paul says it beautifully and succinctly in Ephesians 4:14: “so that we may no longer be children, tossed back and forth and carried about with every wind of doctrine.”

Too many Catholics take for granted the great gift of the Magisterium, i.e., of the bishops in union with the bishop of Rome, that has safeguarded the truth of the Faith for 2,000 years. In fact, there is no human way to explain the reality of the “one Lord, one faith, one baptism” (Eph. 4:5) that we have experienced in the Catholic Church for these two millennia apart from this supernatural gift of God’s grace that we call the Magisterium.

An Exclusive Preview for You!